You are lost in an area where no one speaks neither English nor your local language. Let us leave how you got lost there for another day.

So no one can help you, the more you try to find your way, the stranger the area looks to you, you seem to be drowning in quicksand. Then you see a poster that looks like it holds the information to your salvation.

Unfortunately, it is not written in English. You remember “there is an application on my phone that translates languages”. You take a picture of the poster.

While you relax at home finally, you begin to thank the app for its good but you are still lost, lost in thoughts of how this application came to be.

Be lost no more, you just used some Deep Learning ‘shit’ rather deep learning algorithm to get yourself out of danger. That brings us to this issue; How was the application created? In this article, I will be sharing an eye-opener of what deep learning is, and the algorithm that saved your life.

You can think of neural networks as a component that learns to solve problems by looking at thousands of examples so that when it is given a similar problem, the network can learn patterns in the data.

Moving on to the algorithm that saved your life. So when you showed the application that image with a strange language, it translated it into English for you.

Well, the two neural networks had a part in this process. First was CNN which converted the image to text. This problem has been solved through several methods over the years. Some of these methods are

Next, the text is translated to a language of choice by means of an RNN.

Over the years different methods have been used as well to solve this problem; 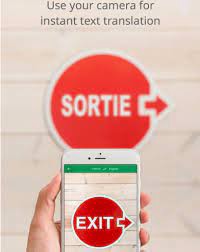 As the title connotes, this is just the surface, I wouldn’t want to bore you with the depths of these algorithms. I Just want to let you know what they are and what they can do.

One of the core uses of NLP is sentiment analysis, a lot of companies use this to see how their consumers feel about their product.

I join you in saying thank you to the inventors of these technologies.